Hair Loss and Vitamin D: Is There a Connection? 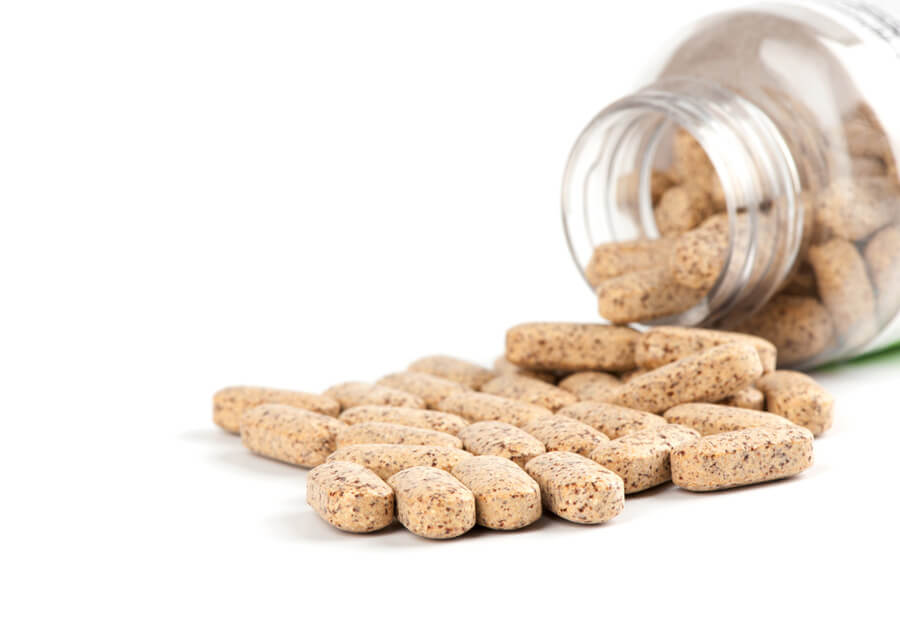 In this article, we will examine the role of nutrition in hair loss. In particular, we look at the role of the sunshine vitamin (vitamin D) in hair loss/retention. This is an intriguing idea, because for many years there was an assumption that hair loss — particularly male pattern baldness — is explained by two factors solely: genetics and dihydrotestosterone (DHT).

DHT is derived from the male sex hormone, testosterone, and its effects are far more powerful in the body than testosterone (1). These hormones are known as androgens, due to their association with the onset of male sexual maturity and the appearance of secondary male sex characteristics, such as the growth of pubic and facial hair during puberty.

In medical circles male pattern baldness — as well as a similar form of female hair loss — are conditions known as androgenetic alopecia (sometimes called androgenic alopecia) (2). By definition, this means that male hormones, especially DHT, are directly linked to this form of hair loss, among both men and women.

Many men lose hair as they age, especially at the temples and on the crown. Women with this condition tend to lose hair all over the scalp, and at the part.

It’s always been assumed that this form of progressive hair loss was predetermined at birth. It was believed to be inevitable and unavoidable; that there’s virtually nothing that can be done to prevent it, or even to slow its progression. More recently, the situation has gotten a little hairier: other factors now appear to play a role.

The true nature of these factors remains somewhat elusive, however. Research is ongoing to discover what roles factors such as scalp tightness at the crown in men, and the relative temperature of the scalp, may play.

But what about other potential factors? Could diet play a role, for instance? This is a logical question, given that hair follicles, where hair forms and grows, are dependent on a wide range of micronutrients.

As the name implies, micronutrients are vitamins and minerals that we only need in vanishingly small amounts. Some are actually essential nutrients. The body must have them to function properly, and cannot make them from other dietary components. The metallic elements selenium and zinc are examples of this.

The Vitamin That’s a Hormone — With Myriad Potent Activities

One vitamin of particular interest is actually a hormone: vitamin D. We get vitamin D from certain limited dietary sources, such as oily fish, like salmon, mackerel, or sardines (3). But this hormone is so important, for so many functions, that the body is also capable of generating its own supply through the action of sufficiently strong sunlight striking bare skin. 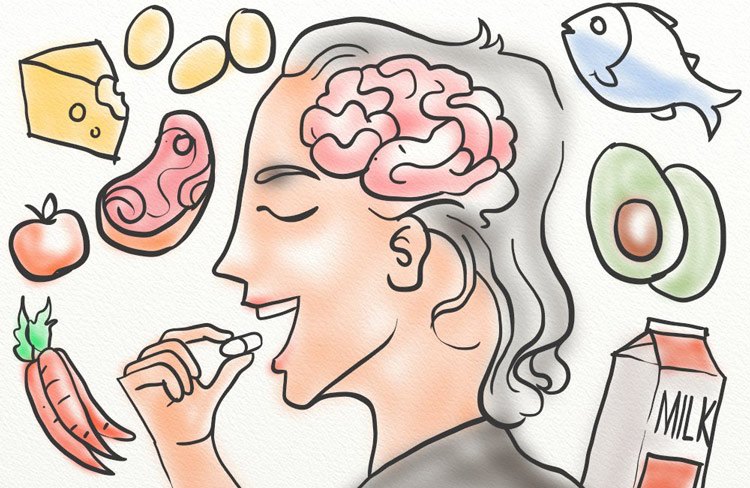 Even then, this initial form of the molecule needs to be activated; transformed slightly into a biologically active form called 1,25-dihydroxyvitamin D, by passing through the liver or kidneys.

Most people know that vitamin D is crucial for good bone health. But in recent decades it has become clear that vitamin D has many other important roles in the body. As noted in a recent clinical paper on the subject by leading vitamin D researcher, Michael F. Holick MD, PhD, “Vitamin D is not only critically important for bone health but has a multitude of other biologic functions to help reduce chronic illnesses” (4).

This implies, at the very least, that vitamin D has many important regulatory functions. It plays a crucial part is regulating immune system function, for instance. And there’s evidence to suggest that it may play an important role in supporting the proper functioning of hair follicles, too.

An unusual form of baldness called alopecia areata (also known as spot baldness), for example, involves loss of hair from random areas of the head and body. In some cases, this condition causes coin-sized areas of the scalp to go bald, while in others, hair is lost completely, all over the body. 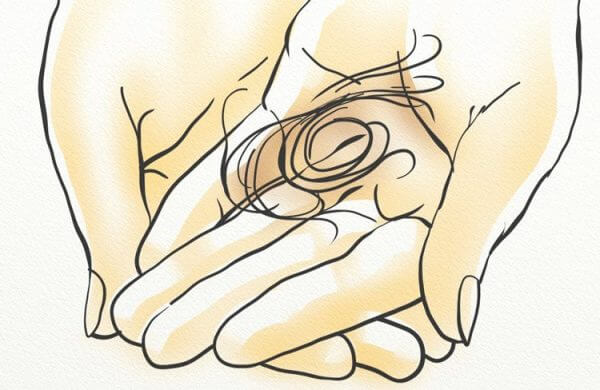 Intriguingly, people with this irreversible condition typically have exceptionally low levels of vitamin D (6). This particular form of baldness is an autoimmune disorder; in which the immune system mistakenly identifies some of the body’s own cells as foreign, and begins attacking them.

Vitamin D deficiency is frequently associated with any number of autoimmune diseases, such as multiple sclerosis, type 1 diabetes, and systemic lupus erythematous (6). Experts theorize that autoimmune diseases may be triggered when vitamin D levels are abnormally low, and a secondary event, such as infection with a virus, causes the immune system to become dysfunctional.

As further evidence of the role of vitamin D in the development of autoimmune diseases, it’s intriguing to note that these diseases tend to be significantly more prevalent at higher latitudes, where the strength of sunshine to drive natural vitamin D production is lower than in the tropics or at the equator.

Presumably, in the case of alopecia areata, the immune system begins attacking hair follicles, in the mistaken “belief” that these structures are foreign invaders intent on harm. This is especially confounding, given that hair follicles are among a small handful of sites and structures in the body that typically tolerate immune system-triggering antigens, without sparking inflammation.

This immune privilege is the reason it’s possible to transplant a donor cornea into the eye of a needy recipient, without the threat of tissue rejection. It’s unclear why low vitamin D might be linked to the development of an immune system disorder targeting the hair follicles.

Another tantalizing clue to the role of vitamin D in regulating hair follicle health comes from the severe vitamin D-deficiency disease, rickets type II. Rickets is an all-but-forgotten disease from a former age, thanks to widespread fortification of milk and other common foods with vitamin D. Ordinary rickets occurs when a person is severely deficient in vitamin D.

Among other effects, the bones do not grow properly. In the past, rickets was common, especially among people who seldom ventured out into sunlight. People with type II rickets suffer from a genetic defect that means their bodies’ vitamin D receptors do not respond normally to the presence of circulating, activated vitamin D.

This prompted one research team to conclude: “Vitamin D deficiency can be a significant risk factor for [alopecia areata] occurrence” (7). This finding has been confirmed repeatedly through subsequent published research (8).

To be clear, androgenetic alopecia (common male pattern baldness) is not an autoimmune disease. But the findings mentioned above suggest that vitamin D does, indeed, play an important role in the maintenance of healthy hair follicles.

Despite these observations, investigators recognize that it is not possible to state with certainty that low vitamin D causes hair loss. Rather, distress over hair loss could discourage people from venturing out of doors into vitamin D-promoting sunshine.

That argument seems to stretch credulity, at best, however. Common sense suggests that low vitamin D itself is an underlying factor in the development of pattern hair loss. At the very least, investigators noted, it makes sense to monitor one’s vitamin D status, and consider supplementing with appropriate amounts of vitamin D.

Incidentally, despite widespread food fortification with the multi-functional vitamin, it’s estimated that more than half of the world’s population suffers from vitamin D deficiency (10). Although we evolved to bask in sunlight throughout the day, modern humans spend far more time indoors, in controlled environments, under artificial light. When we do venture out, we tend to wear extensive clothing and/or slather ourselves in sunblock.

The solution would appear to be supplementation. The kind that is best absorbed and metabolized to the active form needed by the body is vitamin D3; readily available as an inexpensive supplement. It should be noted that it is possible — and potentially dangerous — to take too much vitamin D3.

Experts usually recommend no more than 1,000 to 2,000 IU of vitamin D3 per day, although some have recommended as much as 5,000 IU per day to achieve “repletion.” For comparison, your body is capable of generating the equivalent of up to 20,000 IU per day when you spend 15-20 minutes in summer sunshine (presumably in minimal clothing, such as a bathing suit, and devoid of any sunscreen products).

Dr. Holick wrote recently that achieving vitamin D levels that have been linked to reduced risks of various serious diseases “…requires adults to ingest at least 1,500 to 2,000 IU of vitamin D per day as recommended by the Endocrine Society’s practice guidelines on vitamin D. To achieve the preferred range in which the maximum benefit for reduced all-cause mortality has been observed, which is 40 to 60 ng/mL, would require 4,000 to 6,000 IU of vitamin D per day” (11).

Let the Sun In

Of course, full sun exposure has been linked to an increased risk of developing skin cancer. Light-haired, blue-eyed, fair-skinned people of Northern European heritage are among the most likely to suffer sunburn and subsequent skin damage from prolonged sun exposure, so it’s important to limit your exposure to brief periods (12). 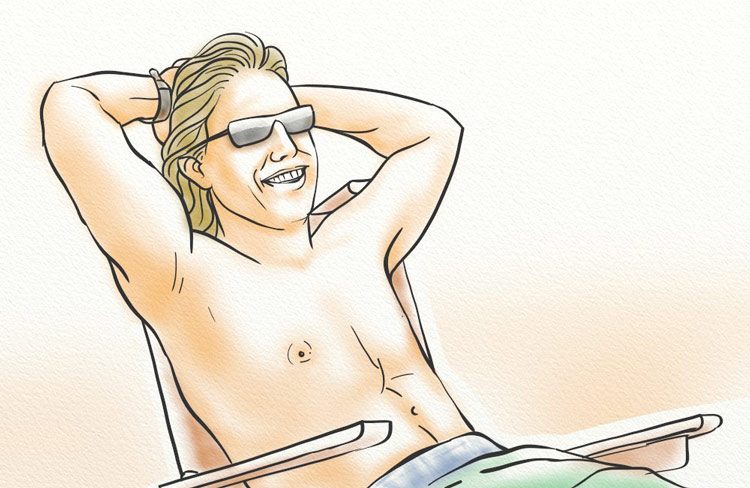 Afterwards, it would be prudent to apply sunscreen, wear sun-blocking clothing and/or a hat, and avoid the most damaging rays of the day. These occur from about 10 a.m. to 2 p.m.

It’s also interesting to note that sunshine at northern latitudes is too weak to drive vitamin D synthesis in the body for certain portions of the year. Depending on one’s latitude, sunlight is only sufficiently strong in late spring through summer and into early fall in many parts of the northern hemisphere. The same holds true for equivalent southern hemisphere locations.

Investigators associated with Boston University determined, for instance, that sunlight in Boston, Massachusetts, becomes too weak to drive synthesis of the “sunshine vitamin” after November in the fall, and sunlight does not strengthen again sufficiently until some time in late February or March the following year (13).

Dr. Holick and colleagues have called this period of weak sunlight in northern latitudes “vitamin D winter”. One study concluded that even living as far south as Miami, Florida will not necessarily enable you to generate adequate vitamin D from sunlight exposure in the winter, depending on advanced age and other factors that may limit the ability to synthesize vitamin D from UVB exposure.

This suggests that vitamin D supplementation may be your best bet for maintaining a healthy vitamin D status year round.

It’s also important to note that certain individual characteristics play a role in your ability to generate sufficient vitamin D through exposure to the sun’s UVB rays. Being obese, for instance, means you may require significantly longer exposure to achieve desirable levels of vitamin D production.

Having dark skin also slows vitamin D production. People of African descent, for example, frequently suffer from low vitamin D status, as their skin is more resistant to the effects of sunlight.

Much remains to be discovered about the causes of — and possible solutions for — androgenetic alopecia. But mounting research suggests that nutrition may play some role in the development of this progressive hair-loss condition. Vitamin D status, in particular, may influence one’s susceptibility to this form of baldness.

At the very least, vitamin D has been shown to influence a person’s relative risk of developing a wide range of diseases and conditions, from autoimmune diseases, to heart disease, to cancer, and even diabetes.

Given that a majority of people around the world reportedly suffer from vitamin D deficiency or insufficiency, it makes sense to evaluate your own status. Consider having your levels checked, and supplement as needed to boost your levels of the highly beneficial “sunshine vitamin”.

Does Marijuana Cause Hair Loss? A Review of the Evidence

Just a Cowlick, or an Early Sign of Balding?