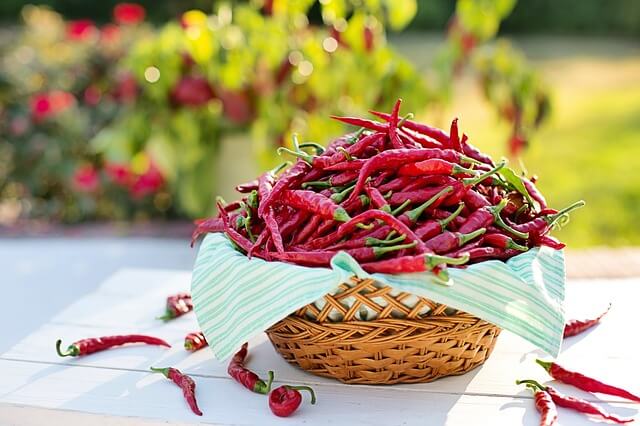 The first thing that comes to mind when I think of cayenne pepper is spicy food, hot sauce, and chili. I never would have thought to use it on my hair.

But, I’m willing to try anything if it gives me an edge. Even if that means using cayenne pepper to help with my stubborn hair growth.

In this article, I’ll discuss the supposed benefits of adding cayenne pepper to your hair care routine. We’ll review the scientific evidence behind cayenne pepper and hair growth, and look at a variety of applications to see which one works best for you.

If there was an easy solution for solving your hair loss you’re probably going to use it. Right?

However, is cayenne pepper going to be the next miracle cure for hair loss? Probably not. But, that doesn’t mean it isn’t going to help you. Going bald can have a number of effects on you, especially where your confidence is concerned. Speaking of confidence, here are quick confidence boosts for you.

It makes sense, then, to make use of as many tools as possible to fight back against that thinning scalp.

What is Cayenne Pepper?

Cayenne pepper is a moderately hot chili in the Capsicum annuum family of peppers. Most of the commonly consumed peppers belong to this family such as bell peppers, jalapeños, and of course, cayenne.

The long, tapered peppers are harvested and ground up into a powder after being dried. However, it’s common for manufacturers to save money by creating cayenne powder from a blend of many different varieties. This is why we recommend growing your own chilis, but we’ll get onto that later in the article.

Peppers have been used by the people of South America and Mexico for almost 10,000 years, most noticeably for their antimicrobial properties (1). It wasn’t until Columbus and his crew sailed to The New World in 1493 that it was discovered by the western world.

From there, the popularity of cayenne pepper exploded all across the world. It became absorbed into Indian cuisine so quickly that early botanists thought that the chili was indigenous to the region.

Shortly afterwards in the 1800s, cayenne became popular as a cure-all in Western medicine. It was used to treat everything from coughs and colds through to measles and gout, but more importantly – hair loss.

Cayenne pepper is known to act through thermogenesis as a powerful metabolism booster by stimulating blood flow and allowing your body to transport nutrients to all of its vital areas (2). This helps to direct vitamins and minerals to your scalp, and in the process provide your hair follicles with all of the tools they need to become stronger and healthier.

The Science of Cayenne Pepper

Although the scientific research behind the spice is lacking compared to conventional medicine, researchers are starting to study it in more detail.

In this section, we’ll go deeper into the key constituents and explore the science of what gives cayenne pepper its baldness-beating properties.

Capsaicin and Its Effect on Hair Growth

One of the key compounds that make up cayenne pepper is something known as Capsaicin (3). An active component of chilis, it acts as an irritant for mammals and is also the cause of their characteristic mouth-burning spiciness.

One study has even shown that cayenne pepper can significantly increase hair growth within mice in vivo (4). In this experiment, scientists intradermally injected capsaicin into the back skin of mice while all follicles were in the resting stage of their hair cycle.

They found capsaicin had a profound effect on hair growth during the anagen phase associated with substantial mast cell degranulation.

In other words, mast cells involved with the regulation of immune responses were releasing their contents after exposure with capsaicin. This causes an inflammatory response and raises blood flow through increased permeability of blood vessels (5).

Another study conducted in Tokyo by Harada and Okajima showcased the effectiveness of capsaicin on the production of Calcitonin gene-related peptide (CGRP) (6). CGRP increases insulin-like growth factor-I (IGF-I), which is a vital compound in the growth and maintenance of hair follicles.

Before the experiment, CGRP and IGF-I levels in spontaneously hypertensive rats (SHR) were half those in normotensive Wistar Kyoto rats (WKY). After the administration of capsaicin, CGRP and IGF-I in SHR increased to the levels found in WKY.

As a result, after prolonged exposure to capsaicin – or cayenne pepper – it’s likely you’ll experience an increase in hair growth across the treated area due to the increase of CGRP and IGF-I.

The Role of Vitamins A and B6 in Blocking Androgen Activity

Cayenne pepper contains a wide variety of vitamins and minerals. Fifty percent of which is composed of vitamins A and B6 (7).

We all know that these nutrients are vital to the health of our body. However, some studies have shown that both A and B6 could have a direct effect on hair growth through the inhibition and reduction of androgen receptor activity (8, 9).

Androgens are hormones that play a key role in the development and maintenance of male characteristics (10). They control everything from the deepness of your voice, to the emergence of your Adam’s apple.

More importantly, they play a pivotal role in hair growth across your body.

As it turns out, the most androgenic sensitive area of hair on your body is found on your scalp. Therefore, anything that has an effect on your androgen receptors will be most effective at influencing your hair growth.

You might think that our goal is to increase the number of androgen receptors and allow for more hormonal activity to take place. In most cases, this would be correct.

When androgens bind to those receptors, cells within the dermal papilla synthesize and secrete cytokines, which are a key component in the growth and differentiation of hair matrix cells (11).

However, across the parietal region, cytokines actually act as inhibitors. This eventually leads to follicle atrophy and an increase in hair loss (12).

One study, carried out by Young et al, examined the link between retinoic acid (a vitamin A derivative) and receptor activity (8).

By comparing the effect of retinoic acid combined with the androgen dihydrotestosterone (DHT) to the effect of DHT alone, they were able to determine a noticeable reduction in androgen receptors of thirty to forty percent.

Another study was done in North Carolina demonstrating the effect of vitamin B6 on the transcriptional activation of androgen receptors (9).

By analyzing gene expressions mediated through mouse mammary tumour virus, Allgood et al discovered a reduction in receptor activation of thirty-five to forty percent when B6 levels were elevated.

Similarly, when a B6 deficiency was introduced, androgen receptor activation was enhanced by sixty to ninety percent.

Therefore, application of cayenne pepper could potentially lead to an increased rate of hair growth.

However, a recent experiment showed that hair follicle growth is inhibited under the presence of these cannabinoids (15).

Therefore, anything we can do to limit cannabinoid production should, in theory, bring about decreased rates of hair loss.

What does cayenne pepper have to do with all of this?

As it turns out, cayenne pepper is one of the only known natural blockers of the CB1 receptor in the world. Some synthetic blockers have been created, but a number of them were recalled due to severe psychiatric side effects (16).

This means that fewer cannabinoids will be produced, resulting in decreased hair thinning around the scalp.

How to Use Cayenne Pepper

There are a variety of treatments available online that make use of cayenne pepper.

In this section, we’ll outline the most effective methods to use cayenne pepper for hair growth so that you can make an informed decision as to which is the best choice for you.

First things first, before you begin any treatment using cayenne pepper it’s worth testing a small amount on your skin. As it’s a powerful irritant and inflammatory agent, there’s a very small chance that you might be sensitive to the pepper.

If you do encounter any adverse effects you should cease treatment immediately and seek the advice of a medical professional if symptoms worsen.

How to Make a Cayenne Hair Mask

A hair mask is a great way to ensure all of the hair-boosting nutrients of cayenne pepper get absorbed into your scalp. 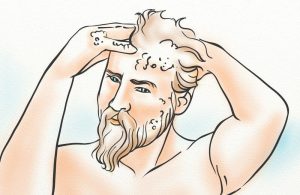 Most do-it-yourself masks only mix olive oil and cayenne pepper, but we’ve added in some castor oil to really unlock the full potential of the spice. If you weren’t aware, castor oil is another powerful hair growth supplement, and it will help add in some workability to the mask to really stick to your scalp and work its magic.

As mentioned earlier, some people will have a more sensitive scalp than others. If this is the case, try reducing the level of cayenne pepper or leaving the mask on your hair for less time. However, if the problem persists you may need to purchase a commercially available cayenne mask or forego this treatment completely.

Adding Cayenne Pepper To Your Diet

The easiest way to access the hair-boosting properties locked inside cayenne pepper is to simply add it to your food.

There’s so much variety in how you can add it to your cooking you’ll never get bored. Here are some of our favorite methods:

At its core, it’s just a spicy powder.

With a bit more potency than normal chili powder, anywhere you use the standard ingredient you can substitute it for cayenne. Just make sure you use it in smaller quantities else you may be in for a bit of a surprise.

As is clear from the evidence, cayenne pepper has the potential to be a great addition to your hair care routine.

Let’s review some of the key scientific data:

Overall, it’s apparent that cayenne pepper has been shown to have an effect on many aspects related to hair growth. However, it’s still in the early stages of testing. Therefore, it’s not recommended to replace all of your hair care products with cayenne pepper any time soon.

That being said, provided you have no adverse effects from the use of cayenne, there’s no reason why you shouldn’t include it as part of your regular routine. Think of it more like an added bonus to improve the health of your hair, as opposed to a cure-all for alopecia.

Onion Juice for Hair Loss – A Potential Treatment or an Old Wives’ Tale?