Almond Oil for Hair Growth: A Guide to Everything You Need to Know 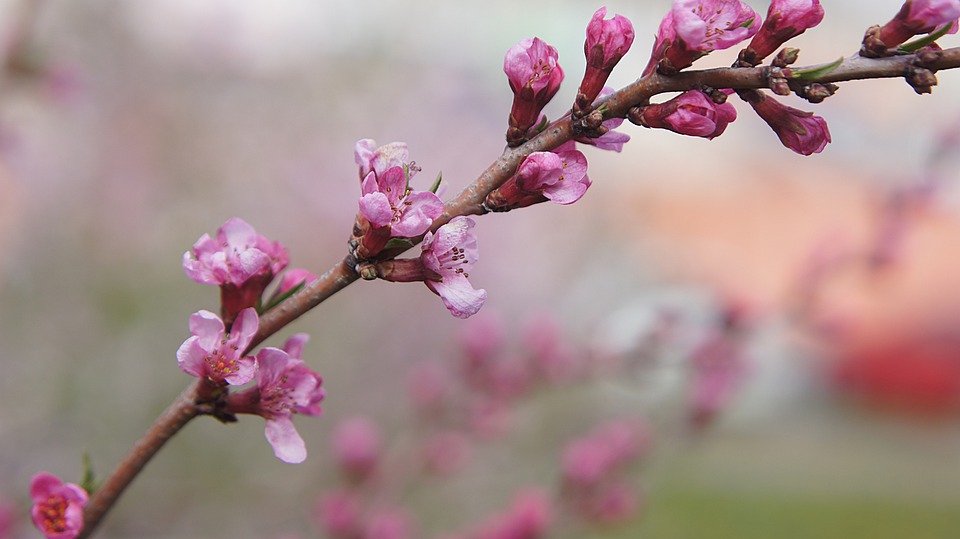 Reality is that not many studies have been done about almond oil as a treatment for alopecia, but there is some information out there that may give you an idea about what almond oil can do.

In this article, we’ll look first at what is so special about almonds and almond oil. (Hint: this oil is rich in some compounds with a proven track record in stimulating hair growth).

Second, we’ll run through these various compounds to see what researchers know about them and what effects you can expect from using almond oil. In the end, there’s a handy table with the main results presented in an easy to read manner.

Almond (Prunus dulcis or Prunus amygdalus) is a species of tree native to the Middle East and Central Asia, but widely cultivated around the world. Almond is also the name of the seed, which is what is used to make almond oil. Even though it’s often grouped together with other nuts, almonds are not technically nut but are called drupes.

They’re also good sources of fat, including oleic acid and linoleic acid (3). As a cherry on top of the cake, almonds have an array of antioxidants, including polyphenols and flavonoids (4). 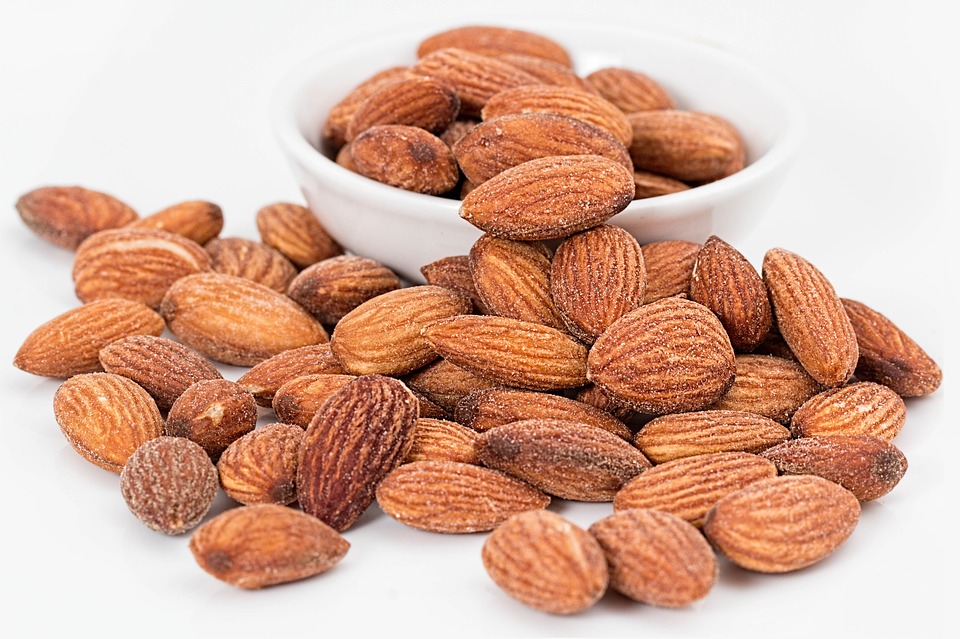 Almonds are one of the nuts approved by Food and Drug Administration in the United States with the ability to reduce the risk of cardiovascular disease (5). A 2016 review of clinical research confirmed how regular consumption of almonds can reduce the risk of heart conditions by lowering levels of bad cholesterol (6).

Highly prized around the world, almond oil has found uses in a variety of industries, from medicine to food, and cosmetics.

Researchers have long known about the health benefits of eating a diet rich in almonds. Although it’s difficult to get conclusive evidence, almond oil has been shown to have anti-inflammatory (7,8) and immunity boosting properties (9), as well as the ability to lower oxidative stress (10,11).

Health benefits of almonds and almond oil include (9):

It may be time to stop thinking about almonds as simply a nutritious topping for yogurt!  As you can see, the benefits of almonds and almond oil are many. As we’ll see later, its biggest strengths are the unsaturated fats and vitamin E.

Short answer: nobody knows for sure.

Reality is there aren’t any scientific studies looking directly at the impact of using almond oil to prevent hair loss.

However, there are some clues from studies using this oil in skin conditions which can allow some speculation as to what the effects on alopecia might be.

Almond Oil Can Protect the Skin and Reduce Itching

This natural oil is often used for its moisturizing and emollient properties. Due to a high content in fatty acids, almond oil has been used for centuries to treat skin diseases such as eczema and psoriasis, as well as cosmetic issues such as wrinkles and skin tone.

There is some evidence that almond oil can reduce scarring and smooth skin. For example, researchers demonstrated that massages with almond oil in pregnant women can reduce the visibility of stretch marks and decrease itching (15, 16, 17).

Almond oil also protects the skin by keeping a thin layer of fat as protection. This is known as the skin barrier.

Especially for people that need to wash their hands frequently, like chefs and hairdressers for example, losing this barrier is the first step to develop dermatitis in their hands. It’s not surprising, then, that many doctors consider this oil as a therapeutic approach for eczema to treat these patients (18, 19).

What’s the bottom line? Researchers believe the special blend of mono and polyunsaturated fatty acids present in almond oil are responsible for the health benefits. After all, topical applications of linoleic and oleic acids can promote the healing of wounds in the skin (20).

Almond Oil Can Reduce Severe Damage to the Skin

In a study done with lab mice, researchers showed that almond oil applied topically can protect the skin against damage caused by UV radiation and reduce the risk of skin carcinomas (21).

Want to know the best part? It turns out that almond oil can slow down skin ageing and prevent oxidative stress (21). However, further studies are needed to assess if human skin reacts in a similar manner.

Why Are Lipids So Important for Hair Health?

Given the importance of lipids in hair, it’s not unreasonable to assume that almond oil would have a positive effect to prevent hair loss.

Fatty acids make up 85% of the total fat content in hair. Although they only represent about 2-6% of the total hair weight, they have a vital role to play when it comes to healthy and shiny hair.

Fat is gradually lost over time after washing and use of chemical products such as dyes and this contributes to poor health of the hair and scalp. The good news is that it is possible to recover by incorporating lipids into shampoos and other hair products to increase hair strength (22).

The most likely explanation to describe how almond oil – or the fatty acids present in almond oil to be more precise – may be able to prevent hair loss is through its effect on 5-alpha-dihydrotestosterone (DHT). If you’re not sure how this compound is involved in hair loss, you can read more about here.

Most of these studies conducted have been in lab animals, so we cannot be sure it would be the same in humans. However, researchers know that some fatty acids (including oleic and linoleic acid from almond oil) can inhibit the activity of 5-alpha-reductase and block the conversion of testosterone to DHT (23, 24).

And the result: Less DHT is produced in the body, which in turn protects hair follicles and prevents miniaturization and damage (23, 24).

After using almond oil with positive results in mice, researchers suggested that this oil was able to promote hair growth by stimulating hairs to move from the resting phase (telogen) to the growing phase (anagen) (25).

This transformation from telogen to anagen may be due to a higher rate of cell proliferation near the base of the follicles. It is likely that this effect induces vasodilation of blood vessels and consequently increase the rate of nutrients that reach the hair follicle (25).

As almond oil contains both oleic and linoleic acid, it is likely that use of almond oil may potentially have a positive effect on those suffering from alopecia via its effect on DHT. Nevertheless, it’s important to emphasize that there have been no studies looking directly at how almond oil could be used to treat hair loss.

Oxidative Stress and Hair Loss: How Almond Oil Can Help

The story doesn’t end here. It’s not just fatty acids that may have a positive effect on hair loss. There are other components of almond oil which cannot be overlooked. One example is Vitamin E, a known antioxidant, which is vital to slow down oxidative stress.

But, how is oxidative stress even linked with hair loss?

How Does Oxidative Stress Cause Hair Loss?

Researchers have known for a long time that oxidative stress is the process behind many signs of ageing, including thinning hair and greying. These effects occur when the body is no longer able to fight the production of free radicals.

The skin and the scalp in particular are very exposed to all environmental threats resulting in the generation of dangerous free radicals, which can cause havoc in the body. These substances are incredibly mobile and cause damage to many cellular components, including DNA, proteins, and membrane (26,27).

Recently, researchers have found that patients with alopecia have high levels of oxidative stress (28, 29), most likely caused by a drop in the scalp’s defence mechanisms to fight this problem (30). These patients seem to have lower levels of enzymes involved in eliminating these free radicals, establishing a strong link between hair loss and oxidative stress (31).

Now, the big question is “can almond oil prevent this type of damage?”

There is some evidence to suggest that almond oil – or the antioxidants within it to be more precise – could have very positive results.

Based on these results, it’s not unreasonable to think that almond oil could have a similar effect on patients with alopecia through the antioxidants present in the oil.

However, there is no evidence to directly support the beneficial effect of almond oil on hair loss. And even if there is a positive effect, it will most likely take months to show any results. In the above study with vitamin E, for example, it took four to eight months to spot any differences (32).

Are There Side Effects Associated with Almond Oil Supplementation?

Almond oil is generally safe to use and side effects are extremely rare. However, some cases have been reported, most often babies and toddlers with other food allergies (33, 34).

Despite this apparent safety, it’s important to use with caution, especially if you have other food allergies, such as a nut allergy. For patients with chronic conditions or women pregnant or nursing, it may be advisable to seek medical advice before starting any application. 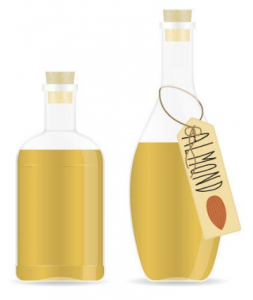 What Does This Mean for You?

While in-depth research needs to be done to study the use of almond oil to treat baldness, some studies seem to suggest that almond oil has the potential to be an effective promoter of hair growth.

On one hand, its composition of fatty acids – namely oleic and linoleic acid – may be able to inhibit the activity of 5-alpha-reductase and block the conversion of testosterone to DHT. As a result, less DHT is produced in the body, which in turn protects hair follicles and prevents miniaturization and further damage to the hair (23, 24).

On the other hand, the presence of antioxidants in almond oil may be able to block the progression of oxidative stress. Researchers believe oxidative stress occurs when the body is no longer able to fight against free radicals. (32)

So, as the final question, is almond oil effective to treat hair loss and alopecia?

While its application may provide some benefits for some patients, it’s better not to expect miracles. Almond oil supplementation will probably not going to make a huge difference to your hair. It is likely that this will work best in combination with other approaches to promote hair growth, especially if your diet is poor in essential fatty acids and antioxidants.

Propecia Shedding: What It Is, and How to Control It